Properly curated marketing campaigns do not have to cost a fortune; money helps of course, but overthinking doesn't. The best ideas are simple yet effective and are nearly always elusive. The truth is a brilliant idea is almost always dependent on where you're standing at the time. So, with all those vagaries in mind, let's go around the world looking at the hot campaigns and their impact and taking a look at which were the top money-spinners.

We're starting at home with Visit Britain's "Great" campaign. The original campaign began back in 2011 and focused on British heritage, culture, countryside, food, and shopping and tied it all in with the release of Skyfall and the Olympics in 2012.

The results were spectacular, with a minimum outcome of £2.5 billion in additional visitor spending, including money spent arriving and while in the UK, £52.5 million in partner funding or cash in kind and £8.9 billion in equivalent advertising value. Even in modest terms, that's an outstanding result.

The French National Railway SNCF wanted to encourage nationals to visit their neighbouring countries by train. Focusing on countries bordering France and near neighbours like the UK, SNCF placed blue doors around Paris.

Once opened, these 'Blue Doors' gave the viewer an immersive digital account of what they could see 'next door'.

On the back of the success of the 'Blue Door' campaign, and still revelling in their experimental acumen, SNCF followed up by releasing 'The Escape Machine' in 2011. This campaign provided a bizarre street celebration that got people talking about SNCF's travel agency and SNCF Voyages, which is the entire point (no matter how weird it was).

The "Swedish number" was a 2016 campaign. This was a brilliant and iconic marketing strategy. The idea was that an untrained Swedish man agreed to operate the phone lines to Sweden and would be available 24/7 to talk about anything Sweden related.

This simple but utterly absurd campaign meant that global media were all over it - to the tune of a reported equivalent of $147 million. The income included the cost of the ongoing therapy for the poor Swede answering the phones! They never knew what hit them. But all jokes aside, it was a great campaign. 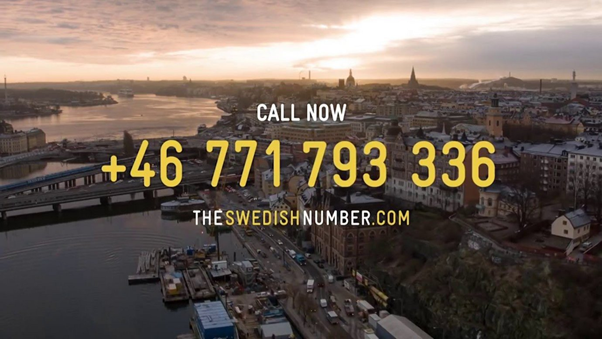 Remember 2010, the year travel ground to a halt thanks to the Icelandic volcano eruption? Marketers certainly do. A campaign is not a successful campaign unless you can use a world event to promote it.

The campaign "Inspired by Iceland" promoted Iceland's website. In the wake of the eruption of Eyjafjallajökull, situated in the South of Iceland near the stunning south coast, marketing campaigns aimed to change the narrative. In "Iceland Hour", the president Ólafur Ragnar Grímsson called for positive stories to counteract all the bad press. The nation rallied around and posted 22 million testimonials that changed the world's view after just ten weeks.

While no-one blamed Iceland for this act of nature, the eruption and aftermath received a delightful spin and went down in history as a marketing success story.

The "Best Job In The World" was a campaign that ran in 2009, so there's no point applying now folks! The campaign goes down in marketing history as the best 'SEO PR' ever.

The Queensland tourist board offered one lucky person the chance to become the caretaker of Hamilton Island in Queensland, Australia. A luxury lifestyle complete with wall-to-wall sunshine and easy days.

Reportedly there were 34,000 applicants for the job, causing the internet to melt (remember, it was 2009 so there was no 5G). There was so much free social media publicity for Australia that travel executives are still dining out on it now.

The winner was Ben Southall, from the UK. The contract was for six months and started in 2009. Ben no longer looks after Hamilton Island, so keep your eyes peeled for a fresh bunch of job postings and applications.

Airbnb's political statement "Let's keep travelling forward" was a reaction to Donald Trump's 2018 imposed travel ban on the citizens of Somalia, Syria, Iran, Libya and Yemen. In the campaign, Airbnb took a stand and capitalised on the rest of the world's feeling by highlighting the brand's inclusivity beliefs and values. 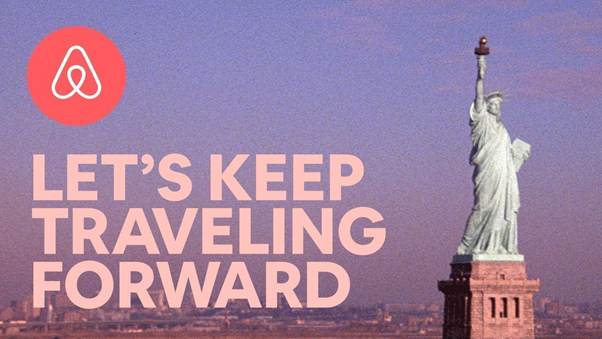 The marketing executives at Airbnb released a short video in response to the US Supreme court, which upheld the ban in June 2018. Airbnb has always marketed its travel service as a way of experiencing and immersing itself in other cultures and celebrating the virtues of meeting other people. The message reinforces the brand's progressive image and asks others always to do the right thing.

Sticking with America - The Southwest Airlines' 'Flight Attendant' video featured on Youtube in 2014 had 25 million views. The funny low budget campaign featuring the enthusiastic flight attendant propelled the airline and unique service offered by Southwest Airlines into the headlines.

Even today, the airline regularly ranks amongst the best in the world as far as brand reputation goes and enjoys high customer loyalty levels as a result.

The travel agent Thomas Cook ceased trading in 2019. Their campaign 'The Man Who Wakes Up in a Different Bed', aimed to promote the joy of travel and having a good hotel experience.

Considering what happened to Thomas Cook later that year, it might not be considered the best campaign. Perhaps the marketing manager behind "The Man Who Wakes Up in a Different Bed" wished he'd stayed in bed that day.