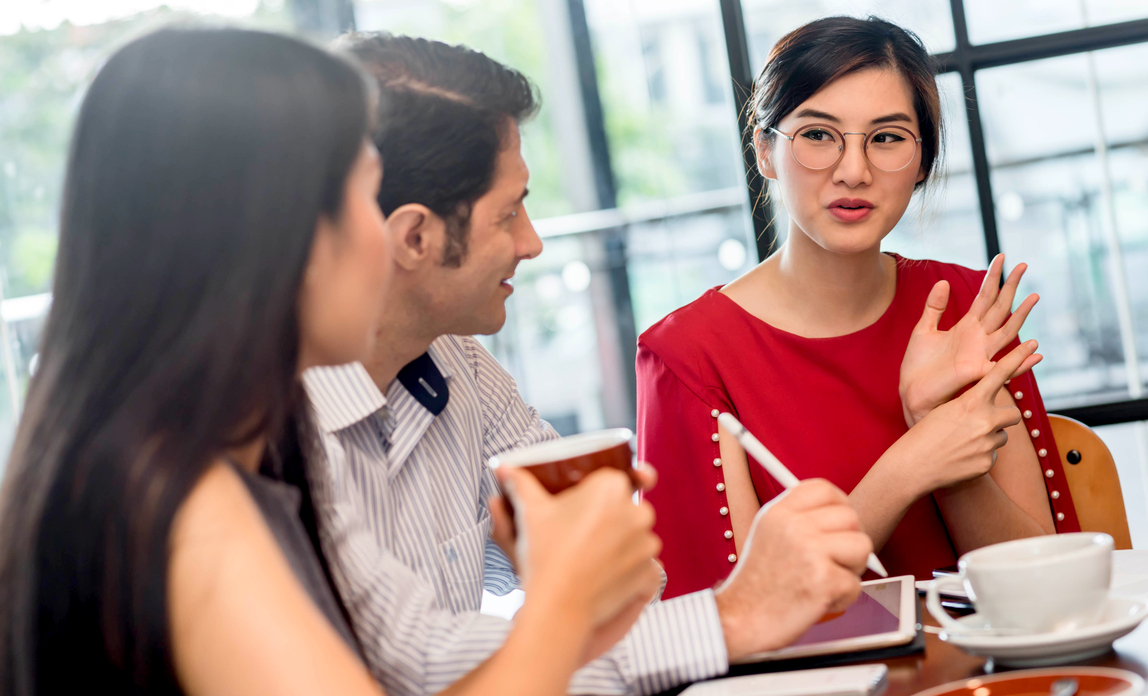 It's not what you say, but how you say it. How often have you heard that phrase? It might be over-familiar, but it's well-used because it's true, says communications expert and ex-BBC reporter Sarah Walker

Imagine this: sales manager Ginny shuffles to her feet. She pulls her misshapen jacket around her as her shoulders sag. Her hair hangs over one eye and she does not catch the eye of anyone in the room directly. She is absorbed in just getting through this dreaded meeting. She flicks through the pages of a scruffy notepad and speaks in a voice that is barely audible.

She sniffs as she says, "Morning everyone. It's only going to take about half an hour, but I'm going to take you through the regime changes we've been talking about over the past few months and explain what it's going to mean for all of us."

But it could also happen like this: sales manager Ginny rises to her feet and stands tall. She holds her head high as she prepares to address her team. She straightens her well-cut jacket and looks as business-like as ever - her hair is neatly pinned up. She directs her eyes to the back of the room where she knows some of the newer members of the team are trying to hide away. Her notes are ordered on the table, but for the moment she leaves them as she looks at her audience.

As she starts to speak, her voice is clear and confident. She even sounds upbeat and pleased to be there despite her awareness that many of her team are not happy at what is coming.

She smiles at them as she says, "Morning everyone. It's only going to take about half an hour, but I am going to take you through the changes in regime we have been talking about over the past few month and explain what it's going to mean for all of us."

Can you be trusted?

It was not what Ginny said, but how she said it, which has changed. Only her appearance, her tone and manner were different. Whatever words you use in your business environment, it is not so much what you actually say, but the manner in which you say it that leaves an impression on others.

Research suggests that we more readily believe a poor argument explained to us in a convincing manner than one based on sound logic but presented by someone who sounds unconvinced or uninterested.

It was Professor Albert Mehrabian who established a classic rule on the effectiveness of spoken communication, which helps us understand how and why we do or do not trust people who are speaking to us - and thus the degree to which they can influence us.

Mehrabian found that where there seemed to be an inconsistency between the speaker's words, tone of voice and body language, we would tend to read their meaning in the following way:

His experiment showed that tone of voice and facial expression can have an enormous influence on an audience and the degree to which they trust a speaker. It is arguable that much of what people take away from a presentation may be from the non-verbal - the body language, the appearance and the style of delivery.

Whatever the evidence, human beings are sensitive souls and have a gut instinct about whether they trust someone and what they say. Non-verbal signals have a strong influence on our impressions.

Arguably it should not matter, but we cannot help but be guided by our first impressions of someone as they arrive for a meeting. We can't help but judge a book by its cover before we have opened it - and that is what we do with people in a business environment.

Freelancer confidence rises in spite of challenges
Poll finds many small firms think MTD does not apply to them
As the going gets tough, shoppers rally around small firms
New push for faster SME payments as costs soar