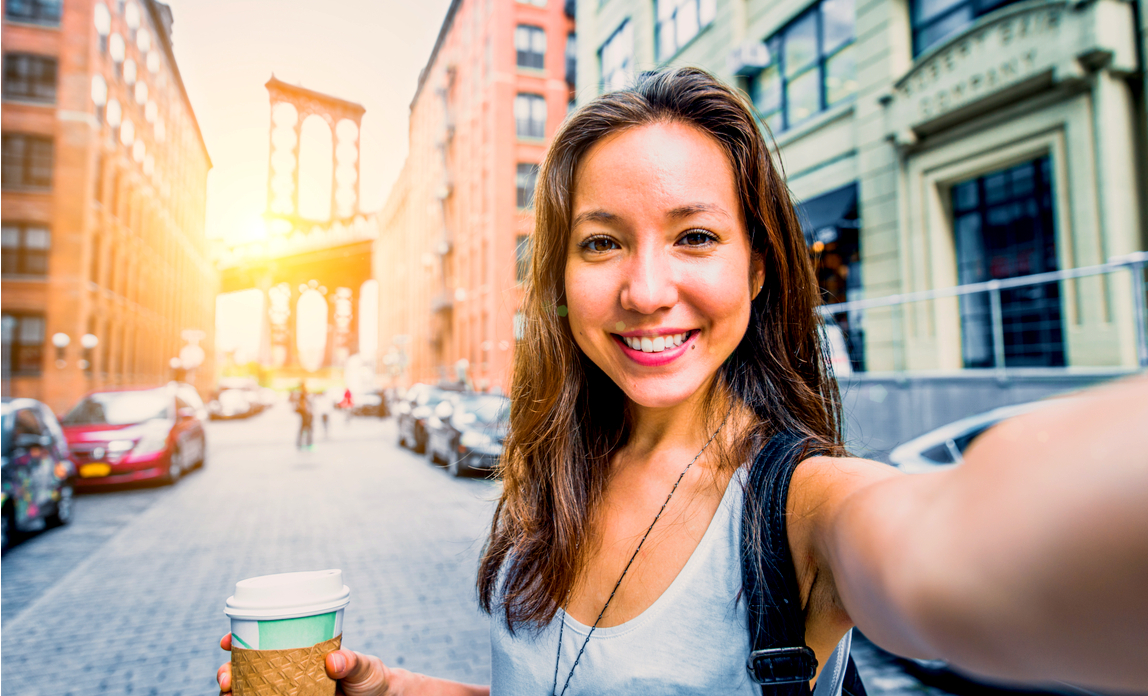 Over the past decade, social media has progressively been monopolised by individuals creating a commodity of themselves and their lifestyles. That’s right: we’re talking about bloggers.

While it's common for older generations to look down on anyone making a career out of posting about themselves online, there’s no denying that this generation of beautiful, successful young people are taking over popular culture to fund a lifestyle that many of us could only dream of.

The rise of the 'influencer'

Once upon a time it was acceptable for bloggers just to write about their favourite fashion collection, a new beauty release or successful workout routine. However as time passed and more and more new influencers started to pop up, the diversity and originality of content became increasingly vital to a blogger’s success.

Increasingly, bloggers began to collaborate with brands to release their own cosmetics collections, review the latest products or report back from exclusive events. This meant that the quality of their posts also improved; where bloggers may have once used a low-quality digital camera, they now could afford to use professional imagery.

The style changed too; more and more people began to move away from writing daily or weekly, and instead chose to ‘vlog’ (video blog) their content. We’re talking about making a profit from posting entertaining videos of anything from a holiday to the Maldives to making a cup of tea.

All of a sudden content creators weren’t called bloggers, but ‘influencers’; not only did they influence their followers, but they have actually started to have an impact on the markets that fit with their particular niche.

A successful blogger can't risk missing the opportunity for a spontaneous video, or the chance to upload the perfect pic to Instagram. This has meant that influencers need a reliable, high-spec smartphone that allows them to easily produce quality content and upload it directly to social media. The quality of smartphones is improving so drastically that now many influencers choose to produce content solely on their phones.

As an influencer it’s of the greatest importance that your smartphone is powerful and capable of allowing you to create the best possible content for your blog or vlog.

Where once upon a time it may have been that every blogger was attached to their trusty iPhone, nowadays more and more mobile phones brand are bringing out handsets to rival Apple.

With its incredible camera capabilities, durable screen and long-lasting battery, the obvious contender would be the Samsung S8/S8+ (or the soon to be released S9 series). Samsung really started to raise their game when they produced these phones, and they now have a loyal following to rival the iPhone’s. With each new launch there's another big reveal - and the more and more innovative they become, the more attractive they become for influencers looking to create original content.

Another choice might be the recently released Huawei P Smart. Like the Samsung handsets it has a fantastic battery life and screen spec - plus its gesture shot technology allows ‘hands free’ selfies, fantastic for when you need to capture an amazing Instagram photo from front row at fashion week, or demonstrate a new yoga pose for your fitness blog.

Google are also becoming more and more involved with the world of influencers, recognising the power that they can have in terms of marketing their own smartphone range. 2017 saw them release the Pixel 2, with launch events attended by some of the most successful bloggers who went on to rave about the handset in sponsored posts and videos.

So, if you’re an up-and-coming blogger, or if you’re thinking of pursuing it as a possible future career choice, it’s vitally important that you pick the right smartphone for your niche. It could be that your success is transformed by your choice in phone; after all, a race car driver doesn’t win medals with a run-down old banger.

As the newest influencer to emerge, you need to make sure that you’re well equipped to produce the best content possible, and what better way to do that than on a brand new smartphone? It could help you organise your whole life - just pop it into your pocket, get going and watch your new career take off.

New VAT deferral scheme opens
Has unemployment reached its peak?
Businesses look ahead to the road to recovery
Searching for the UK's small business heroes

Get landlord insurance from just £120* a year